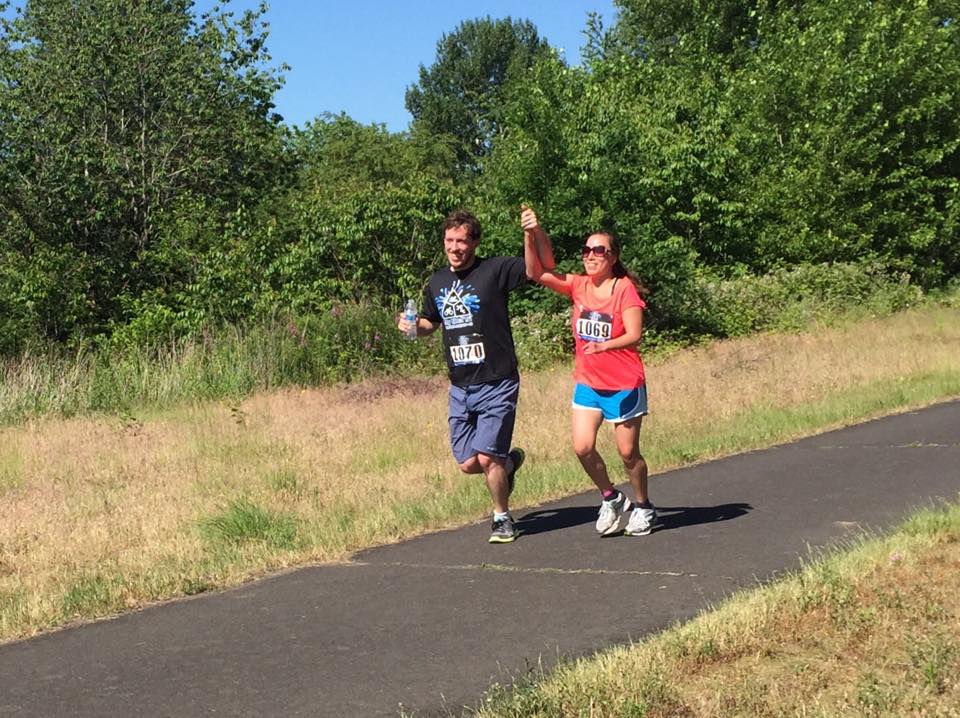 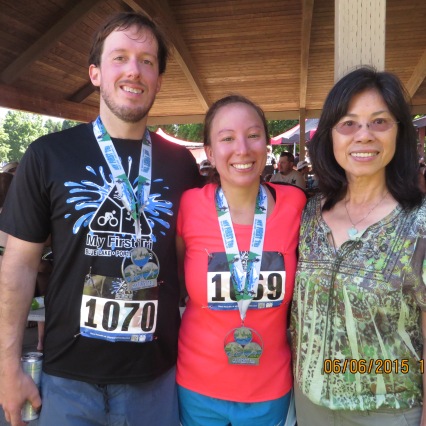 Mercy Rossi, my daughter, and Will Rossi, her husband participated in a triathlon in June 2015. They were in a competition, but not with each other! They did swimming first. In the process, she was off track a little bit. He waited for her. They came out of the water almost at the same time. It was just a few minutes apart according to the timer of my camera. They did the bicycling second. Will was just a couple bike lengths ahead of Mercy. He always was within her sight. Finally, they did running. Again, they were running side by side. He might have been a few steps ahead sometimes.

At the final stretch, they were holding hands, pushed through the finishing line together, both with their hands in the air, and big smiles on their faces!

I was honored to be there to join the cheering team. Friends came with signs of cheering messages. Two friends were not in the competition but they were riding the bicycles alongside them.