What household chore do you absolutely hate doing?

I don’t like to do dusting at all. The house gets dusty so quickly due to the drought and winds. 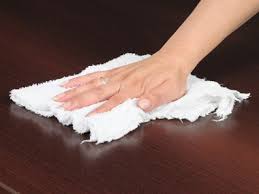 We don’t have enough rain in southern California to clean the air. It gets worse when Santa Ana winds appear. The winds are strong, extremely dry and down-slope winds that originate from inland affect the coastal southern California. Santa Ana winds are known for the hot dry weather in the fall, but they can arise at other times of the year. These winds, which can easily exceed 40 miles per hour, carry the dust for miles and drop them anywhere on the way.

I’m in the middle of writing this post and found out that the Santa Ana winds just caused several wildfires in southern California. The winds are blowing 50 to 70 miles per hours. The fire broke out in the middle of the night last night and was burning at nearly an acre per second. About 150,000 people in Los Angeles were affected by evacuation orders for the Creek fire near Sylmar and Lake View Terrace. One horse escaped from the fire and fell into a crack upside down. It was kicking the wall for hours until it got the attention. The firefighters were able to break the wall from inside to rescue the horse. It was given the anesthesia and taken to the hospital.

A friend’s son and the family live in the fire zone. His wife took the girls to drive 120 miles through local streets from Ojai to Fullerton City to stay with my friend. In the meantime, my friend’s son stayed behind to take care of his students and their families.

At what time in your recent past have you felt most passionate and alive?

I am a volunteer counselor. I’m passionate about helping people with emotional needs. I feel alive when I listen and focus on what they are going through and help them process their struggles. Many ladies, who sought help, expressed that I was the first person who listened to them. The counseling helped them to process their grief, anger, abuse, and other kinds of sufferings. At the end, they were able to experience self-forgiveness, forgiving, love, and a new life!

I got my master’s degree in counseling. I did full-time counseling for two years. Then my life took a turn, and I became an educator – a teacher and a school district administrator. After I retired from my education career, I decided to do some volunteer work that makes a difference.

How many times have you moved in the last ten years?

I have been living in my current home for twenty-five years.

What inspired you or what did you appreciate this past week?  Feel free to use a quote, a photo, a story, or even a combination.

I appreciate the privilege of being alive which is not something I take for granted.