Our first Europe trip was to visit London, Amsterdam, and Paris. When traveling from Amsterdam to Paris, we met in the lobby of the hotel at 4:00 a.m. The driver was the only one working, everyone was either quiet or going back to sleep on the coach. With 312 miles (503 km) or 5 hours of driving from Amsterdam to Paris, getting on the road early was the only way we could have more time for sightseeing.

The time we arrived in Paris, it was in the morning rush hour. During the two-day tour in Paris, we visited the Eiffel Tower, the Louvre, the Palace of Versailles, Notre Dame and took a boat ride on the Seine River for a birds-eye view of the city.

The Eiffel Tower is a wrought iron lattice tower on Champ de Mars in Paris.  It is named after the engineer Gustave Eiffel whose company designed and built the tower. The tower is 324 meters (1,063 ft) tall, about the same height as an 81-story building. The tower has three levels for visitors, with restaurants on the first and second levels. The 3rd level’s upper platform is 276 m (906 ft) above the ground. Visitors can go up by stairs or elevator to the first and second levels. The climb from ground level to the first level is over 300 steps, as is the climb from the first level to the second. Although there is a staircase to the 3rd level, it is accessible only by elevator. The 3rd level is at cloud level and has an exceptional 360° view!

At the Eiffel Tower, the choices were waiting in line to take the elevator or climb the stairs. My husband and I decided to climb about 600 steps to the second level. We were not interested in dining at the restaurant, so we proceeded to take the elevator to the 3rd level (the cloud level) to take the 2nd to the 4th photos. The 360° view was a breathtaking experience. 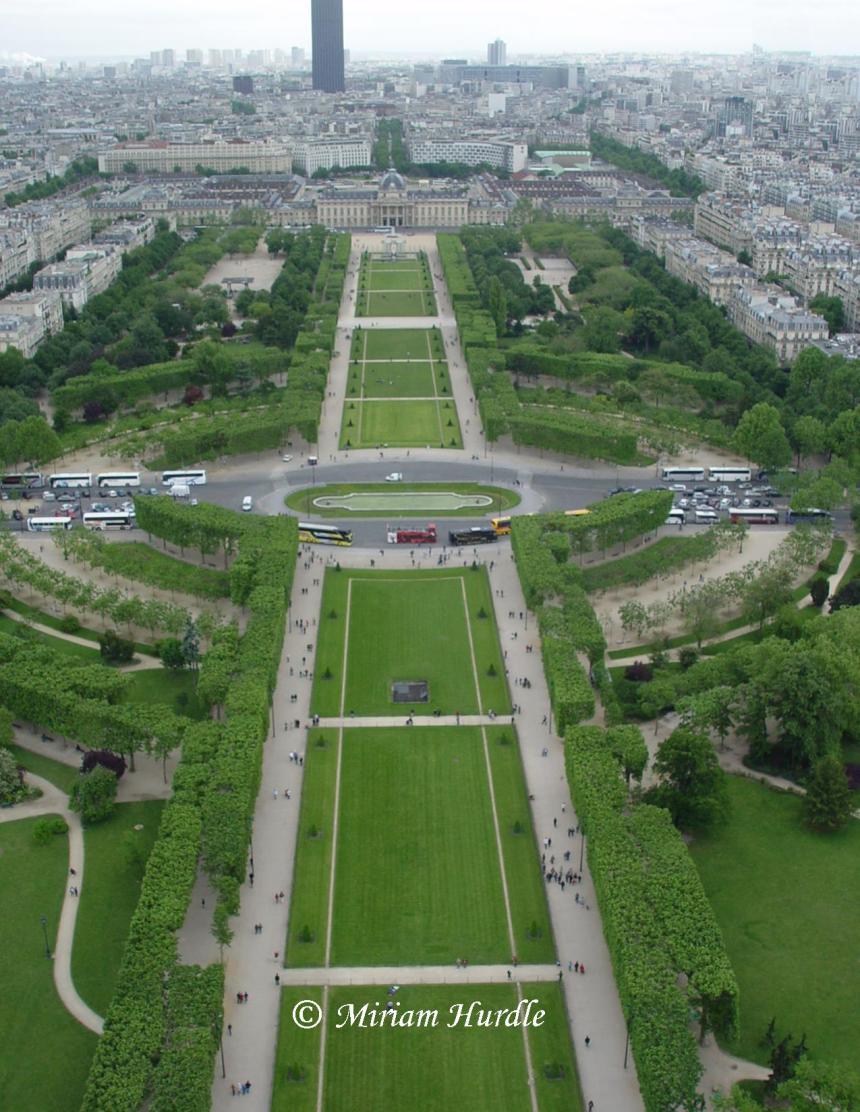 The is the view from the southeast on the top level of the Eiffel Tower, looking down the Champ de Mars (Field of Mars) which is a large public greenspace in Paris, France. 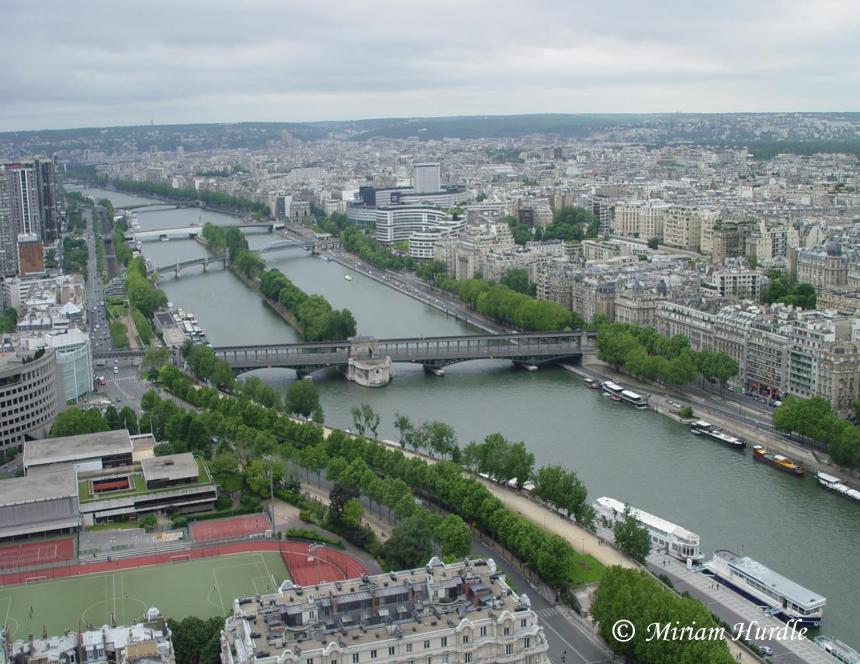 The Louvre or the Louvre Museum is the world’s largest art museum and a historic monument. A central landmark of the city, it is located on the Right Bank of the Seine in the city’s 1st district. Approximately 38,000 objects from prehistory to the 21st century are exhibited over an area of 72,735 square meters (782,910 square feet). In 2017, the Louvre was the world’s most visited art museum, receiving 8.1 million visitors.

We visited the first floor of the Denon wing which exhibits the Italian paintings. One of Leonardo de Vinci’s paintings was Mona Lisa, oil on wood. The artist’s touch is fine and subtle: there is not a single trace of a brush mark. Leonardo did not define the features of the Mona Lisa precisely with lines, but to paint her soul with sensitivity in her gaze and her enigmatic smile.

The Palace of Versailles was the principal royal residence of France from 1682 under Louis XIV until the start of the French Revolution in 1789 under Louis XVI. It is in the department of Yvelines, the region of Île-de-France, about 20 kilometers (12 miles) southwest of the center of Paris. The palace is now a Monument historique and UNESCO World Heritage site. 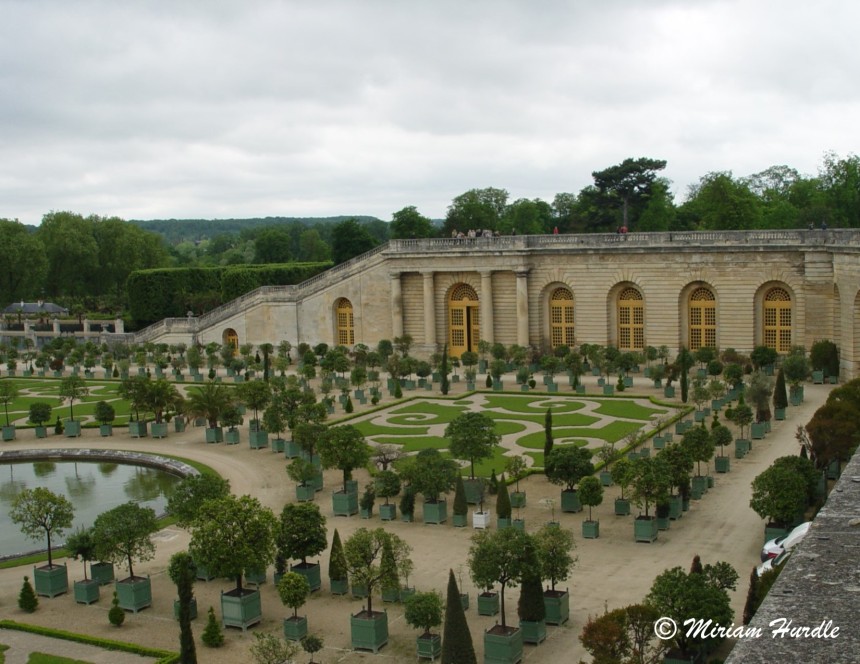 The Royal Chapel was completed in 1710, five years before the death of Louis XIV. 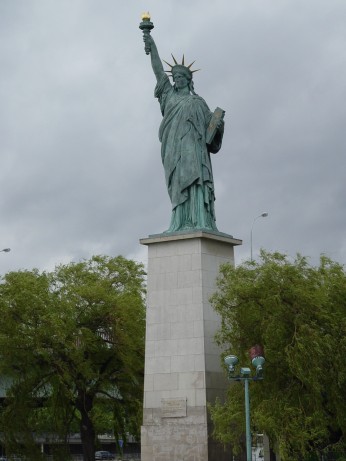 Thank you so much for reading!