In Son of the Serpent, award-winning author Vashti Quiroz-Vega crafts another fascinating glimpse into the dark, compelling world of fallen angels and demons, revealing more about their untold stories.

The war in heaven might be over, but the ambitions of the fallen angel Lilith reach far across the roots of history. Will there be a being powerful enough to stop her evil influence before the destruction of mankind?

Dracúl knows he is the son of Satan, but the rest of his memory has been taken from him. Alone and frightened, he awakens in a forest, beginning a quest to piece together who he is. The world he encounters is cruel, but he yearns to belong and find companionship. With each step he takes, another missing piece of his memory falls into place, revealing a truth that is ever more troubling . . .

A truth that will turn his quest for meaning into one fueled by the hot-blooded thirst for revenge. A truth that leads him to Lilith, the most wicked and ruthless of fallen angels and one he soon will have every reason to hate. His quest will consume him, perhaps ruin his life, but somehow Dracúl is determined to find both belonging and vengeance—to be good, in spite of his evil nature and the dark secrets that haunt him every step of the way.

I haven’t read Vashti Quiroz-Vega’s Angels Series Book 1, The Fall of Lilith. But Son of the Serpent read well as a stand-alone book. The book begins with the young Dracúl, son of the Serpent, woke up alone in a cave. He seemed to have no influence of any evil doing. It took a while for him to figure out what he was. Driven by hunger, he devoured an animal. Reinforced by satisfaction, he continued to kill and fill.

The human-like nature urged Dracúl to search for his father and mother. Through the course of time, his memories became clear and revealed that his mother Lilith tried to end his life and left him to death. Lilith, the fallen angel told her version of the story intermittently between chapters starting from Chapter 6.

There was a magical moment when Dracúl turned his creature likeness into a human form, and he could change back and forth between fiend and human. The book included romantic encounter between Dracúl and Coralia, daughter of the merman Dagon, and many Biblical characters in the Old Testament with a twist and turn of fantasy tales. Being a fiend, Dracúl seemed to show a lot of positive emotions and compassion, at the same time plotted vengeance toward his fallen angel mother. In the final chapter, his act was stopped by God’s messengers, urged him to leave the justice to God.

I find Vashti’s imagination and detailed description of characters and story lines fascinating. I’ve purchased Book 1, The Fall of Lilith and look forward to reading it as well.

My Amazon and Goodreads Rating 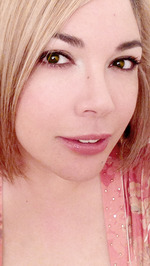 Vashti Quiroz-Vega is a writer of Fantasy, Horror, and Thriller. Since she was a kid she’s always had a passion for writing and telling stories. It has always been easier for her to express her thoughts on paper.

She enjoys reading almost as much as she loves to write. Some of her favorite authors are Stephen King, Michael Crichton, Anne Rice, J.R.R. Tolkien, J.K. Rowling and George R. R. Martin.

She enjoys making people feel an array of emotions with her writing. She likes her audience to laugh one moment, cry the next and clench their jaws after that.

When she isn’t building extraordinary worlds and fleshing out fascinating characters, she enjoys spending time with her husband JC and her Pomeranian Scribbles who is also her writing buddy.