Flash Fiction Challenge – A Man with a Golden Voice

Ted Williams had once made a career out of his voice as a radio announcer in the early 1980s. But then alcohol and drugs brought him down. In 1994, he was evicted from his house. During this period, he was arrested at least seven times on charges including theft, drug possession, escape, and robbery. He served three months jail sentence in 1990 for theft, and two months in 2004 for theft and obstructing official business.

On January 3, 2011, Doral Chenoweth, a videographer for the Columbus Dispatch in Columbus, Ohio, located Williams. He was standing next to traffic, holding a cardboard sign with a handwritten advertisement of his voice and a request for donations. Chenoweth recorded an interview with Williams who elaborated on his education and the problems that led to his homelessness. The video was reported to YouTube, and it went viral. His story gained attention on social media with users pledging money, clothes, and job offers.

Williams went through the rehabilitation and was declared sober after a year. In his book, A Golden Voice: How Faith, Hard Work, and Humility Brought Me from the Streets to Salvation, he reflects on his cocaine addiction and abandoning his children.

In January 2013 Williams said he was steadily employed as a commercial voice-over artist for Kraft Macaroni & Cheese. He has also started the Ted Williams Project with Kraft, a non-profit foundation that provides necessities to homeless shelters.

In January 2016 he started co-hosting a radio show on Columbus’ “The Praise,” WVKO-AM, the same station where he began his radio career in the 1980s. The station’s general manager said they believed in giving second chances. 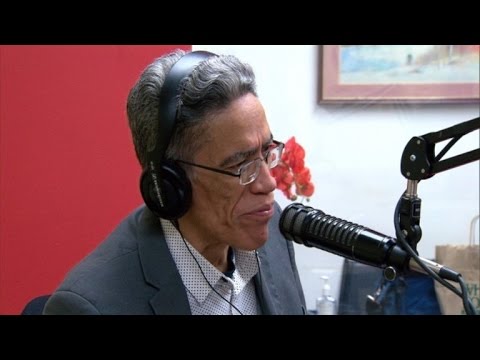 A Man with a Golden Voice

A man saw a homeless person begging. The beggar’s voice sounded familiar, but he had to move on with the traffic.

The next day he saw the beggar again.

“Are you Ted Williams, the man with a golden voice?”

“You’ll clean up and come to the radio station to see my boss.”

For the first time after 20 years, the beggar had numerous job offers. He worked in the radio show again.

“Beggars can’t be choosers” didn’t apply to him.