This week the topic is  Feathers.

Feel free to use your photo archives and see what photos you have that fits the current week’s challenge, or even better yet grab you camera and take a new photo!  ENJOY and have FUN. – Cee’s Fun Foto Challenge

I had seen peacocks in a zoo but hadn’t seen them up close roaming freely until my trip to Los Angeles County Arboretum & Botanic Garden in Arcadia. The local historian traced back to a few peacocks Elias J. Baldwin picked up on a trip to India around 1880. He brought them back to his 8,000 acres of land then known as Rancho Santa Anita in Los Angeles.

After Baldwin’s death in 1909 at age 81, his daughter Anita sold off parcels of the ranch. In 1947, the state and the County of Los Angeles jointly purchased 111 acres to create an arboretum around the heart of the old ranch. Later the county purchased additional parcels, bringing the Arboretum’s total acreage to today’s 127.

In the 1880s, there were some 50 of the peacocks on the ranch. In the early 1960s, there were around 350. The Arboretum got tired of having so many and auctioned off down to 200. The peacocks could find food and plenty of places to lay eggs and continue to multiply. Since the Arboretum isn’t totally fenced in, today, they are a regular sight on city streets. – Source 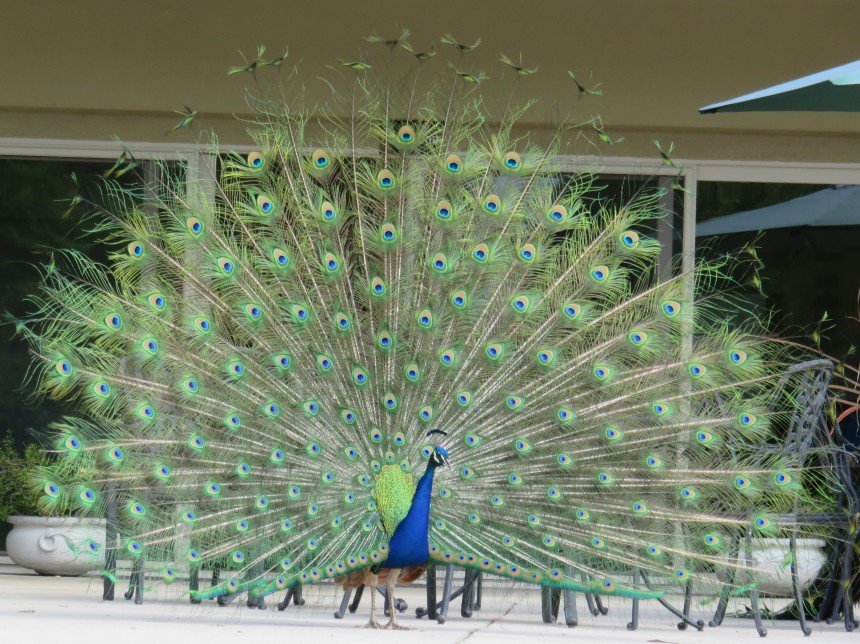 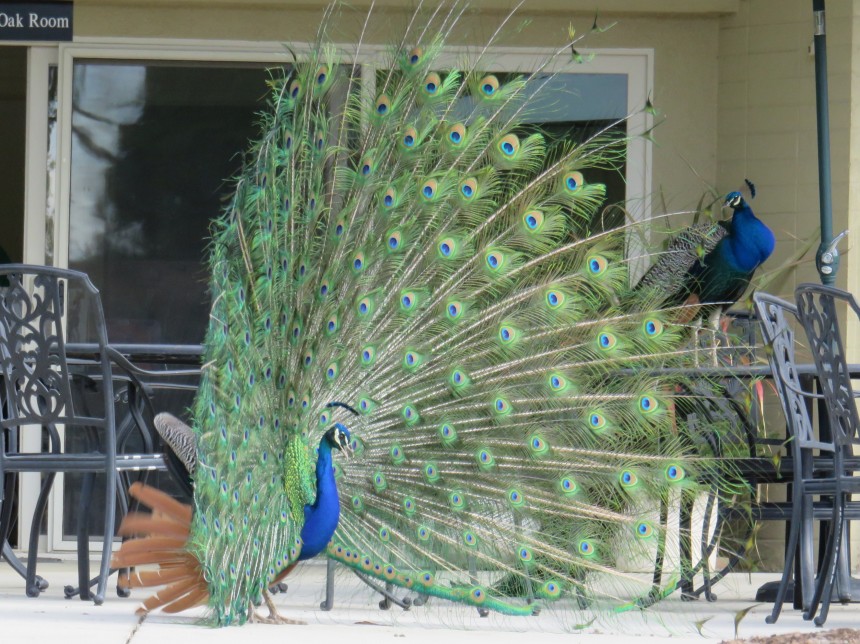 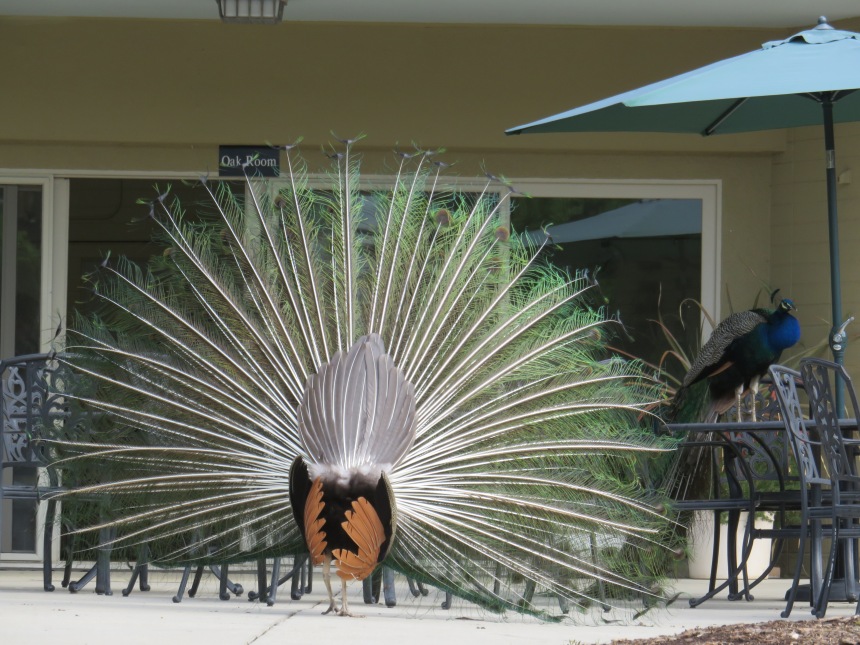 Click the link to join the fun and challenge: