This week, the guest host for Lens-Artists Photo Challenge #82 is Viveka at My Guilty Pleasure. She chose Capital as the theme.

We have traveled to many countries but not all the places we’ve gone were capitals. We did visited several capital cities.

When we were in Beijing, China, in addition to sightseeing, we went shopping. At this shop, we saw this magnificent sculpture with one hundred horses carved out of one gigantic piece of jade.

We visited the Windsor Castle in London, England, on this hazy day. The sky opened up later in the day. Of course we were not expecting to have a glimpse of Her Majesty, but the girl who assisted us at the entrance said, “I’m working here today, but the Queen went to visit my college.”

We learned a lot of the history about Berlin, Germany, at this Berlin Wall Memorial. Large photo replicas and documents were on display on this side of the Wall.

This is the statute of Johann Strauss II in Vienna, Austria. I also took a photo of Mozart when we were there. They are two of my favorite composers. Our tour guide took us to a concert with the performance of music pieces from both composers.

There was a bullfighting going on in Plaza De Toros (Bullfighting Ring) in the month we visited Madrid, Spain. When we traveled to Barcelona, we were told that Barcelona had banned bullfighting in July 2010. The ban came into effect on January 1, 2012.  I was happy to hear the news because the bulls were raised with no idea of fighting until they were put in the ring and got killed. 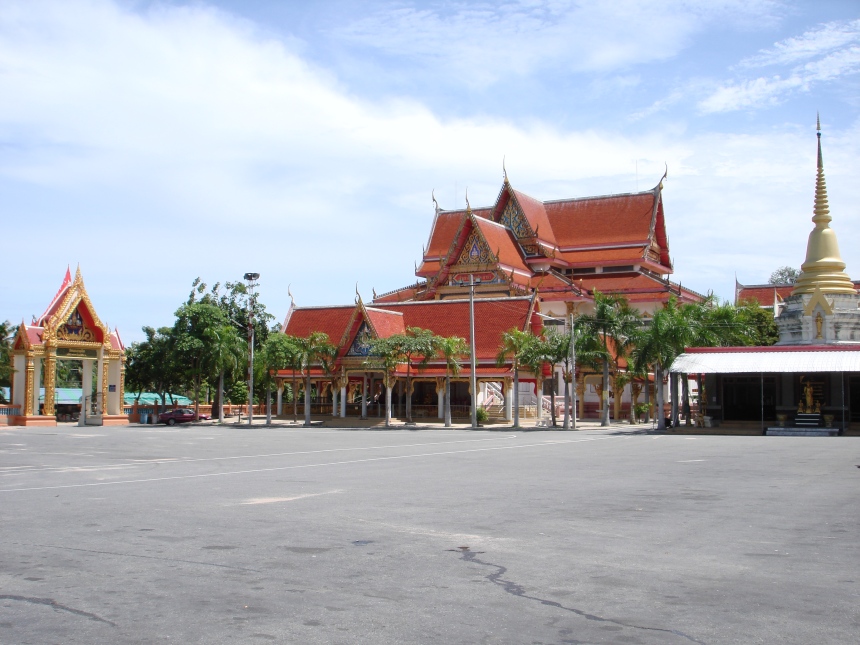 Buddhism was originated in Thailand. Temples large and small were everywhere as we toured the city of Bangkok.