Welcome to Day 5 of the “WHISPERS OF THE PAST” Blog Tour! @RobertaEaton17 @ @4WillsPub

Welcome to Day 5 of the “WHISPERS OF THE PAST” Blog Tour! @RobertaEaton17 @ @4WillsPub

GIVEAWAY: (5) eBook copies of WHISPERS OF THE PAST. For c chance to win, simply leave a comment on the  authors’ tour page as well as any other tour stop.

It is my pleasure to welcome a group of talented authors who have collaborated in the publication of the paranormal anthology. Today’s post is by Jeff Bowles.

Please help me welcome Jeff. Jeff, the floor is yours!

The Dream You Can’t Wake Up From: Writing A Peaceful Life I’ve Never Known by Jeff Bowles

I was having waking dreams around the time I wrote A Peaceful Life I’ve Never Known. I was also knee deep in a revived appreciation for the music of the Doors, but that’s kind of a secondary factor. In the dreams, I could be and do whatever I wanted. I could fly, own a sports car, win the lottery.

Most tellingly of all, I could be a rock star, which is something I’d craved since I was ten years old. Before I considered myself a writer, I was a singer-songwriter and a performer. I never actually got anywhere with it, but music has always been a part of my story. I’ve got an aptitude for it, you see. It just comes naturally, and it always has.

When I had the idea to write A Peaceful Life, I knew I could inject my horror story with a sense of reality. I knew intimately the ups and downs of being a stage performer, of playing in a band, of arriving at creative and personal destinations you’re not sure you bargained for. I’m also a student of rock music history. It’s a cliché tale at this point, but also a timeless one.

What happens when all your dreams come true and you hate very minute of it? Well, if you’re my antagonist, Douglass James, the answer is both novel and terrifying. This is a horror story, after all. A Peaceful Life I’ve Never Known is loosely based on some of the highlights of Jim Morrison’s life and career.

The Doors were one of the most popular and successful rock groups of the 60s, of all time in fact, but Morrison’s fate was tragic and mysterious. Nobody knows if he died of a drug overdose or not. The French police who investigated his death in a luxury Paris hotel did a poor job proving or disproving anything, perhaps blinded by the late singer’s celebrity or maybe even covering something up.

Jim Morrison will always be one of those pop music cautionary tales. Dead at the age of twenty-seven at the height of his fame, depressed, overweight, and addicted to heroin at a time in his life that should’ve been a celebration. But Morrison had never been a happy individual. His bandmates often said he was crazy, and indeed, he may have been schizophrenic or at least severely bipolar.

In an interview with Rolling Stone Magazine, Jim once declared he was possessed. Apparently, when he was a boy on vacation with his family, his father had driven by a terrible car accident on a deserted Nevada highway, and the ghost of an elderly Native American man entered his body and sealed his fate.

Morrison was a natural talent, with a baritone growl that could send chills through any audience in the world. But he wasn’t particularly functional. Even though he and the rest of the Doors had become wealthy in the years since their 1967 debut, he lived out of hotels and had only one prized possession: a black ‘67 Shelby GT500, which he cruised around in whenever he felt caged. Which was often.

At the time I began writing A Peaceful Life I’ve Never Known, I had just bought a big Doors CD box set and was listening to every single album the band recorded on a daily rotational basis. Then I started to read a couple Doors biographies, and in short order, those damned waking dreams started up. Sometimes they’d be beautiful or inspiring or at least fun, but at other times, they’d manifest in startling ways. A waking dream is simply a dream in which you know you’re dreaming. So in essence, you’ve got control of it and can mold it into whatever you desire. In my case, however, control was only a part-time proposition. Night after night, the dreams got away from me, and though I remained consciously aware in that half-twilight state, dark and twisted imaginings crept in from the corners of my mind. I kept dreaming of a killer rock star. That’s who Douglass James is. He’s Jim Morrison if the real-life rock legend had one day decided that old spirit rattling away within him deserved a little time in the light.

I had to write the story, because if I didn’t, the waking nightmares would haunt me well into the daylight hours. I used my skills as a musician and a lyricist to form a plot in which James absconded with a young nobody guitarist to, as it were, write one last song and pass on his ghastly legacy. Then I went a step further and imbued the story with a sense of personal history, mostly on account of those Doors biographies.

Though the events of Douglass James’ life are distinctly different from the life and times of Jim Morrison, the dark spirit and wild, primal, sexual power of the doomed front man are essential to its telling. I mean, consider the name. Jim’s middle name was in fact Douglass, and really, who else could this guy be? My troubled rock star is a clone really, at least in spirit.

Eventually, the waking dreams cleared up. I haven’t had a single one in all the years since I wrote A Peaceful Life. Sometimes I wonder if they weren’t somehow given to me, granted in a way, from some ethereal source not unlike Jim’s famous possessing spirit.

Then again, maybe I was just listening to too much Doors music. Break on Through, People are Strange, The Crystal Ship, Love Me Two Times, these were the songs that in part helped define a generation. They’re also dark and mysterious, just like the man himself. Jim never killed anyone, but that doesn’t mean his story is all wine and roses. Ultimately, the real tragedy of his life is that he never learned to be happy. I hope you enjoy my little tale, but maybe not too much. Nothing’s more twisted than a dream you can’t wake up from. 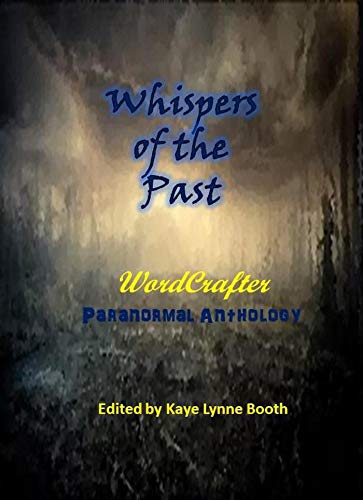 A paranormal anthology with nine stories from six authors, including the winning story in the 2019 WordCrafter Paranormal Short Fiction Contest, A Peaceful Life I’ve Never Known, by Jeff Bowles.

Amazon or other purchase links: 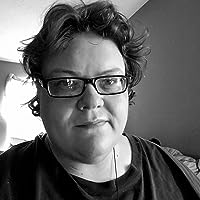 Jeff Bowles is a science fiction and horror writer from the mountains of Colorado. The best of his outrageous and imaginative short stories are collected in Godling and Other Paint Stories, Fear and Loathing in Las Cruces, and Brave New Multiverse. He has published work in magazines and anthologies like Tales from the Canyons of the Damned, Podcastle, the Threepenny Review, and Dark Moon Digest. Jeff earned his Master of Fine Arts degree in creative writing at Western State Colorado University. He currently lives in the high-altitude Pikes Peak region, where he dreams strange dreams and spends far too much time under the stars.

Writing to be Read

Thank you for supporting this author and this “group” tour. To follow with the rest of the tour, Please drop in on the author’s 4WillsPub tour page.

If you’d like to schedule your own 4WillPub blog tour to promote your book(s), you may do so by clicking  HERE.