This week, Patti invited us to use cropping a shot to bring out the better quality of photography. I’m always interested in doing that, especially when I take photos in a hurry or have a limited choice of my position where I take the photos. The photos may extra elements not desirable to me.

I found several photos in which I applied the cropping. I’ll explain the reasons of doing so. You can let me know if you agree with them.

In this photo I took on the way to Road to Hana in Maui, Hawaii, I liked the cliff but it is in the center and I wanted the focal point to be a little off center to make the composition interesting.

In the next photo I took in the Kowloon Park in Hong Kong, I included a group of flamingos. It was a smoggy day, and the air was not clear.

I took the last photo in Nara Deer Park in Kyoto, Japan. With the busy tourists taking photos of the deer, it was hard to get in front of the deer to get them to look at me. This deer turned to me, so I took the shot regardless of the busy surrounding. 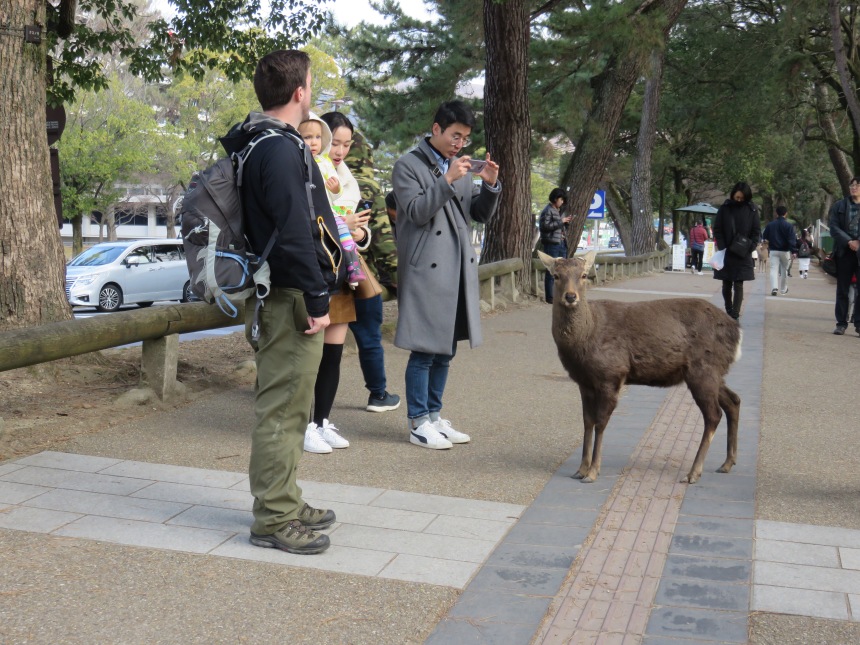 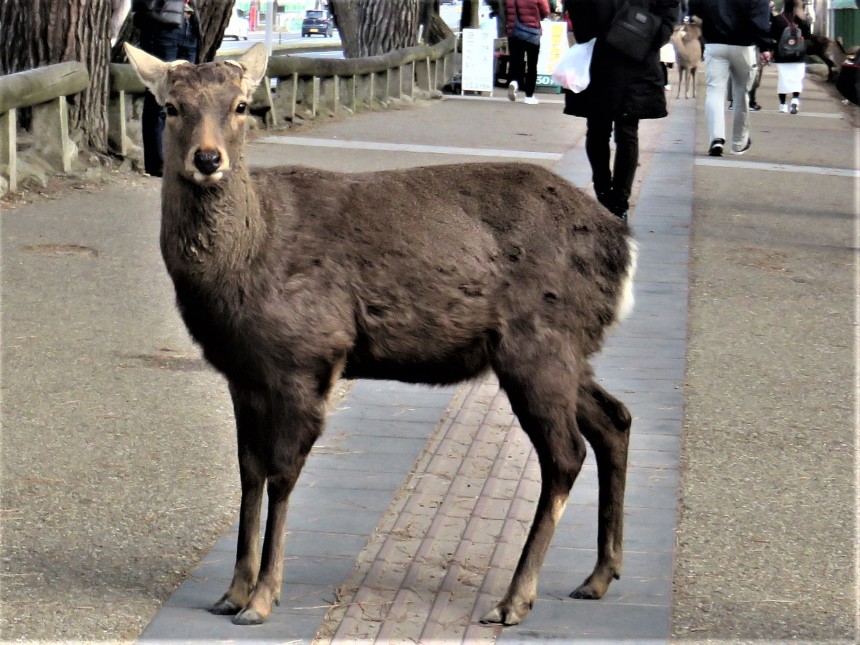 Tina suggested to crop less to include the tourists as part of the story. Here is the one with less cropping.

Thank you for reading and please let me know what you think!