Straight is this week’s theme for Sunday Stills photo challenge. Thank you to Graham of Graham’s Island for the theme idea!

On Aug. 28, 2005, Hurricane Katrina became a Category Five storm, with winds blowing at about 175 mph (280 kph). The storm turned north toward the Louisiana coast. The storm weakened to a Category 3 storm before making landfall along the Louisiana-Mississippi border on the morning of Aug. 29 with sustained winds of 120 mph (193 kph).

Hubby and I planned a trip to North Carolina in mid-September. Even though the storm didn’t hit straight through, the damage was significant. Hubby had diving in mind and he didn’t want to cancel the trip, so we proceeded. The hotel we booked was near Beaufort, closed to the waterfront. After we got there, the hotel owner said the building was leaking and asked us to go inland seven miles before checking any hotel availability. We followed his advice and found lodging. The weather was pleasant. We visited Fort Macon, the Historic Museum, and Cape Lookout. Hubby even booked a diving trip.

The Battle of Fort Macon was fought there during March and April 1862. The canon points straight toward the possible battle ships. 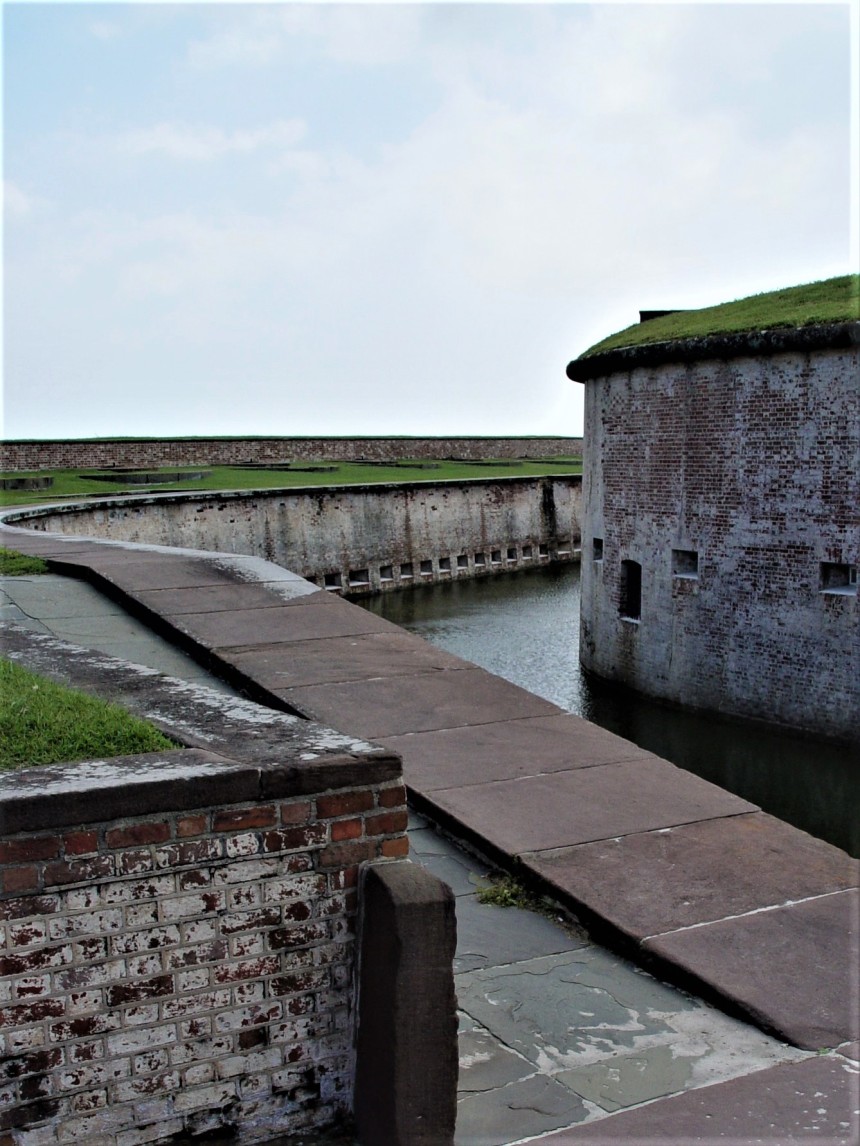 The Fort Macon was constructed with red bricks, curves, and straight lines.

We went Straight across the bridge and straight up the lighthouse.

The Cape Lookout Lighthouse is 163 feet high with 207 steps to climb to the top. It’s pretty hard to climb straight to the top. We went to the upper level of the visitor center.