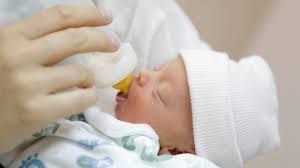 Underweight and height at birth

Note – both Mercy and Will were preemies. They are miracle grown-ups.

dashed through finishing line at a triathlon

In the summer of 2008, my husband Lynton, my daughter Mercy, her boyfriend (now husband) Will, and I planned to attend my nephew’s wedding in Hong Kong. That was the year when China was hosting the 2008 Summer Olympics. The airfares going to Hong Kong from the U.S. were higher than usual because of the people traveled to Beijing through Hong Kong. After searching, I found a Bangkok tour from the U.S. via Hong Kong, and we could stay in Hong Kong at any length of time. It was a deal I couldn’t resist. I had never been to Bangkok, so this would be a bonus for our trip. All we had to do was adding five days to our travel.

I scheduled the tour and stopped by Hong Kong first. We arrived on June 25, 2008 and stayed with my sister Yolanda. Yolanda and her husband Patrick took us sightseeing for two days. Hong Kong decorated the city with the Summer Olympics theme.

After my nephew’s beautiful traditional Chinese wedding, we went on a five-day tour in Bangkok. When the tour was over, we came back to U.S. via Hong Kong. There was a two-hour’s layover.

While we were waiting at the Hong Kong airport, I called Yolanda. To my surprise, there was worrisome news. Yolanda said while we were in Bangkok, one day Patrick went to work on the train as usual. He got on the train but had a feeling he should get off the train in the next station, and he did. As soon as he got off, he felt dizzy and fainted. Upon arriving the Emergency Room and attended by a doctor, he was diagnosed with kidney failure.

My heart was heavy for the worrisome news. Yolanda said they had known about the possibility for quite some time. They were thankful that Patrick got off the train at the next station and was taken to the hospital close to home. Besides, had he fainted on the train, it could have taken longer for Patrick to receive the hospital care.

We came back to the U.S. and I kept close contact with Yolanda. After Patrick received the initial treatment, the doctor put Patrick on routine dialysis at the hospital as outpatient services. He adjusted to the new condition well.

Three years prior to Patrick’s incident, their family migrated to Canada. Patrick and the two children moved to Vancouver, B.C. while Yolanda continued her government job in Hong Kong. To get their Canadian citizenship, they had to live in Canada for three consecutive years. They moved to Canada for two reasons, one was for the two children to get a good college education, the other was for getting better health care services. During the previous three years, Patrick stayed in Vancouver with the two children and went back to Hong Kong four times a year to spend time with Yolanda.

During the months Patrick received the outpatient dialysis services, he could not go to Vancouver to see his children. He then learned to do the dialysis by himself at home. He only needed to do it every twelve hours. After many months of doing it by himself, he could visit his children in Vancouver. He monitored the timing of the dialysis, so he didn’t have to do it on the plane. Most of the time he stayed in Hong Kong to be close to the hospital.

The four basic blood types are A, B, AB and O. People with type O blood can give to others with any blood type but can accept only from the ones with type O.

accepted that he had to wait for a long time to get a kidney donation. He quit his job to take care of himself. Yolanda was very supportive. During this time, their children stayed in Vancouver with the family friends to finish school, the daughter finishing high school and the son finishing college.

After six months waiting, Patrick received a phone call from China; let him know that there was a kidney donation for him, and that he had to go right away for the transplant. Yolanda could not go with him without advanced notice to get a leave from her government job. Patrick’s sister went with him, taking the night train to China. Next day, Yolanda took time off from work and joined Patrick. She stayed with him for the ten days while Patrick went through testing, transplant, and observation.

When matching organs from deceased donors to patients on the waiting list, many of the factors taken into consideration are the same for all organs. These usually include:

Depending on the organ, however, some factors become more important. For example, some organs can survive outside the body longer than others. So, the distance between the donor’s hospital and the potential recipient’s hospital must be taken into consideration.

Many kidneys can stay outside the body for 36-48 hours so many more candidates from a wider geographic area can be considered in the kidney matching and allocation process than is the case for hearts or lungs.

Apparently, the donor and the Patrick were a Good Match. Patrick’s body showed no sign of rejection of the new kidney. After the ten days, Patrick’s condition stabilized, they went back to Hong Kong to receive the ongoing medical care. He was making good progress slowly but surely. We thank God that it was a miracle for him to get a kidney donation within six months. It was a miracle it was a Good Match of the donor and receiver.

To fast forward the story to 2017, Patrick eventual went back to work part time, and then transitioned to full time. He is now working a combination of a part-time church pastor, and part time Headquarter staff for his church. God is merciful. His loving kindness is with us forever!

The pre-admission meeting was held at the Melanoma doctor’s office which was a Research Institute. During the meeting, the treatment plan was reviewed. The medication was a cocktail drug of a mixture of five chemo drugs. Each drug had serious side effects and possible liver damage. I had to sign an agreement for the treatment and be responsible of any results – good or bad. Not all the melanoma was treated with such aggressive drugs. This treatment plan was the Institute’s fifteen-year experiment. I went at their fifteenth year of experiment. The Melanoma doctor explained that it required aggressive drugs to treat aggressive and invasive cancer.

The doctor proposed a six-cycle treatment: one week on, three weeks off as one cycle. I would be an in-patient in the hospital for five days, then go home for three week to rest and regain my energy to prepare for the next cycle. Thus it was a six-month full time treatment program.

The surgeon was there at the meeting. He saw my hesitation when I heard that it was six-month full time. He said it was worth to take six months off of my life to take care of it. After a quick assessment in my head, I decided to go with the plan.

The first thing came to my mind was our finance. Year 2008 was the year that great recession hit businesses and housing market. My husband had his business for seventeen years at that time. It was hit badly. I recommended that he went back to school to reinvent himself. He did go during the 2008-2009 school year to study for the CT and MRI licenses. My income was the only income during that year.

After talking with some colleagues, I knew I would get 50% pay for 100 days under the Union contract. With that information, I went to the Human Resources’ office to submit a request for six-month sick leave. The administrative assistant asked if I was a member of the Disaster Leave Bank. I said, “No, I’m not aware of such a program.” She explained that if I donated one sick leave day to the Bank, I would become a member. As a member, I could withdraw 20 days at a time up to 100 days with 50% pay.

I was at awe when I found out that information. With both the Union and Disaster Leave Bank, I could get pay 100% for 100 working days. I had some personal sick leave days to be used. All together would allow me to get pay for six months during my treatment.

“When Gratitude becomes an essential foundation in our lives, Miracles start to appear everywhere.” See the Gratitude quote above.