On this Labor Day, temperatures reached 121 degrees in Woodland Hills near the city of Calabasas.

“The National Weather Service documented a slew of record-setting temperatures across the state Sunday. In Woodland Hills, just north of Calabasas, the mercury reached a sweltering 121 degrees. In San Jose, it was 103 just before 2 p.m., breaking a 1923 record.

“As temperatures rose, the operator of the state’s power grid warned of possible rolling blackouts for millions of customers beginning at 3 p.m. — the second time in less than a month that a heatwave has prompted the warnings.”

Here is the California Fire Map.

I could look into the sun as the smoke filtered the sun ray. I took these photo at 6:00 p.m.

Please pray for the mercy of the weather, the firefighters, all the car units, and thousands of people affected by the fires. 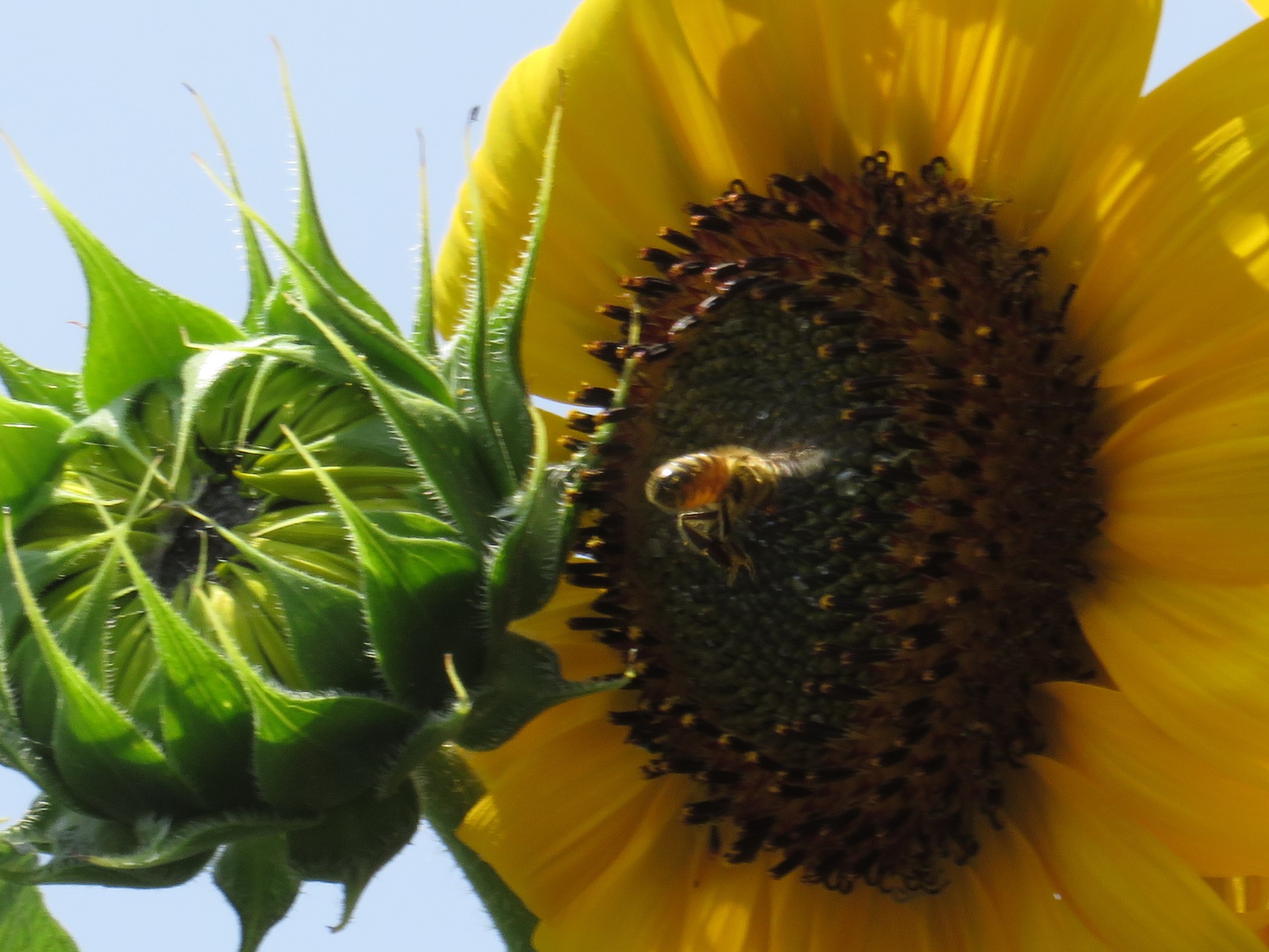 The bees love sunflowers. This photo was taken in the summer 2018 as I waited to catch this position of the bee. 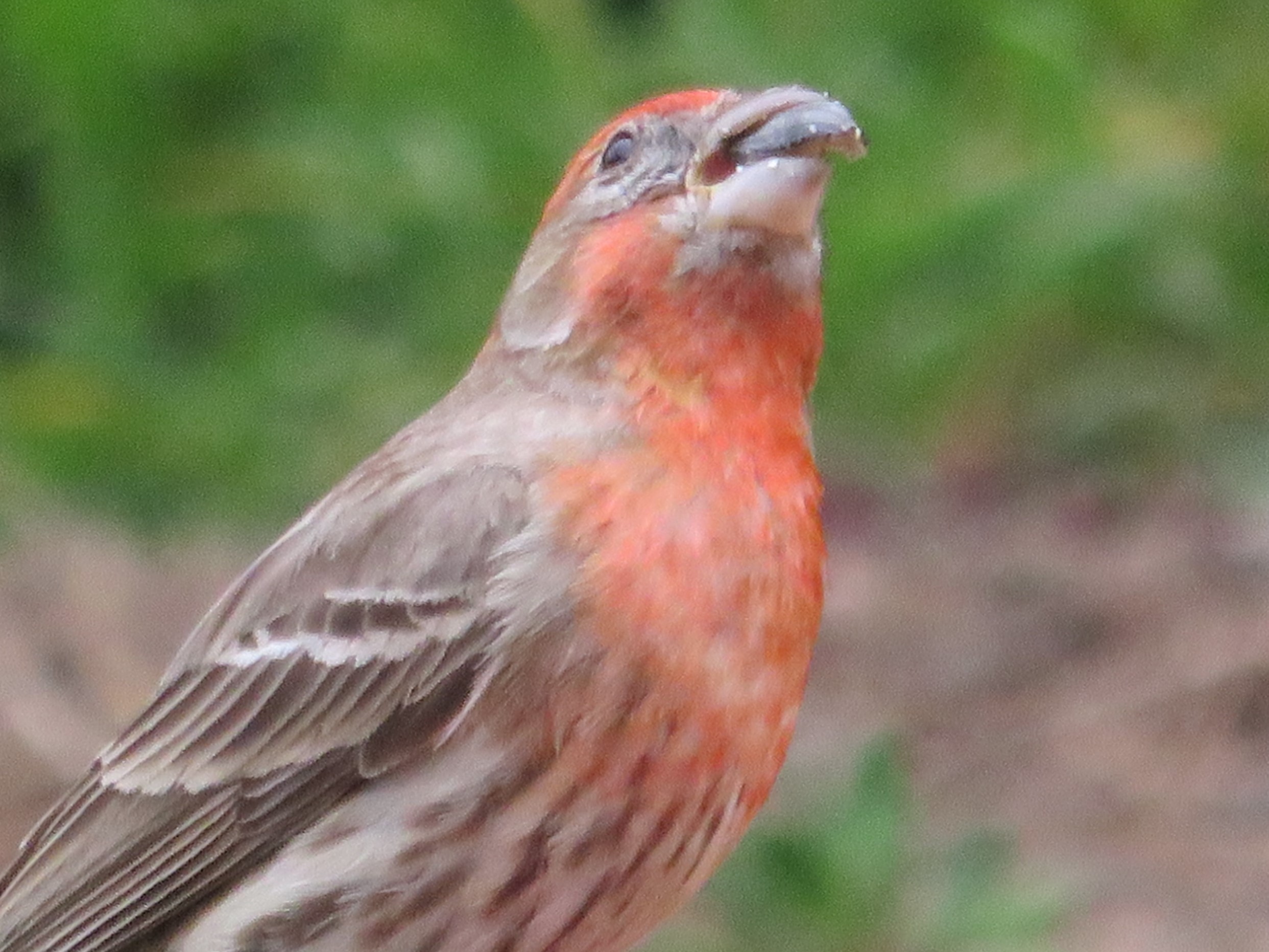 There are many kinds of birds in my garden. I watch them and feed them and caught this House Finch cracking a sunflower seed. 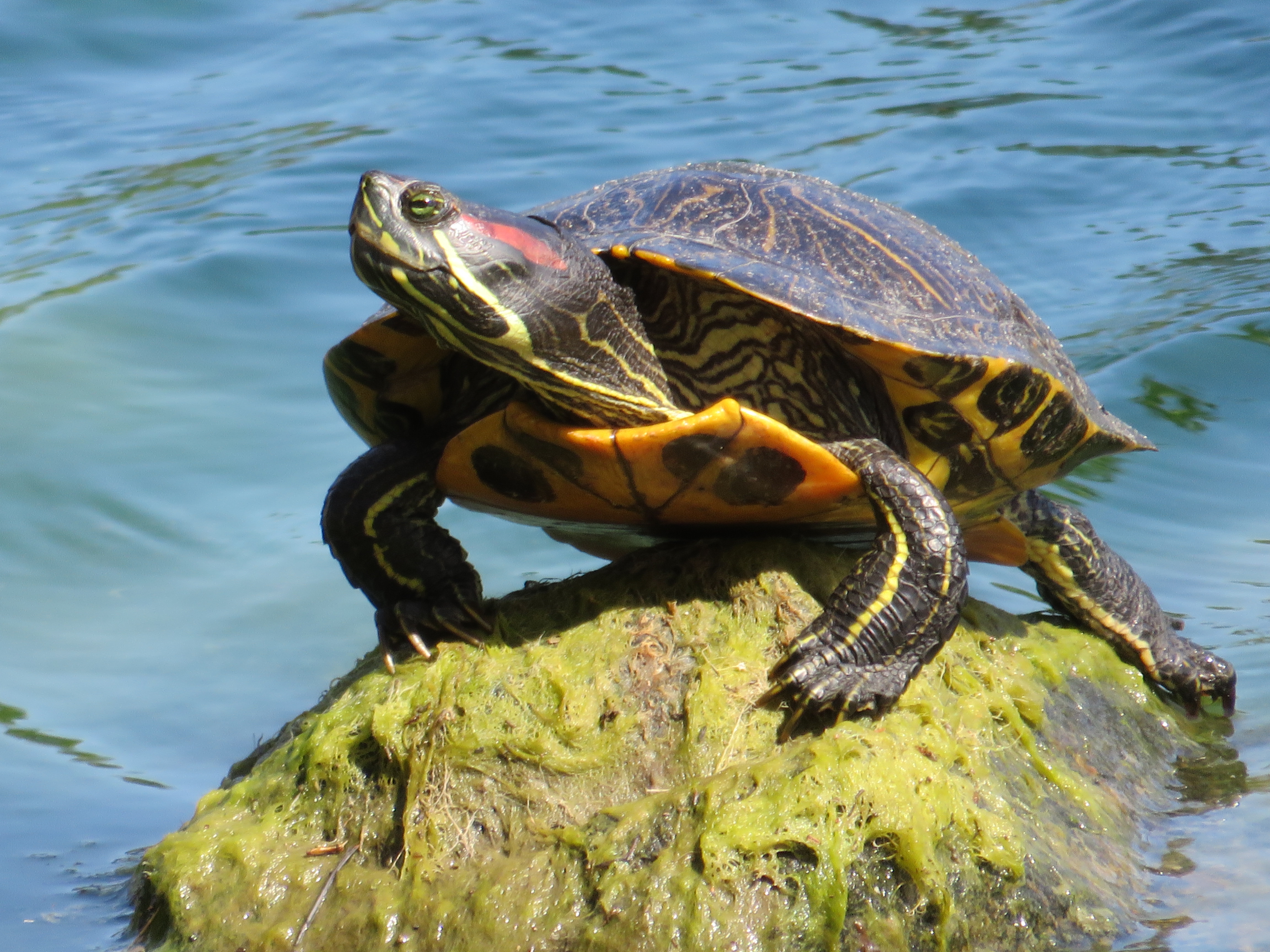 This photo was taken when we walked around Laguna Lake by our house. There were many turtles but this one was most handsome and colorful. This close-up shot allowed me to see its body texture and colors and the look on its face. 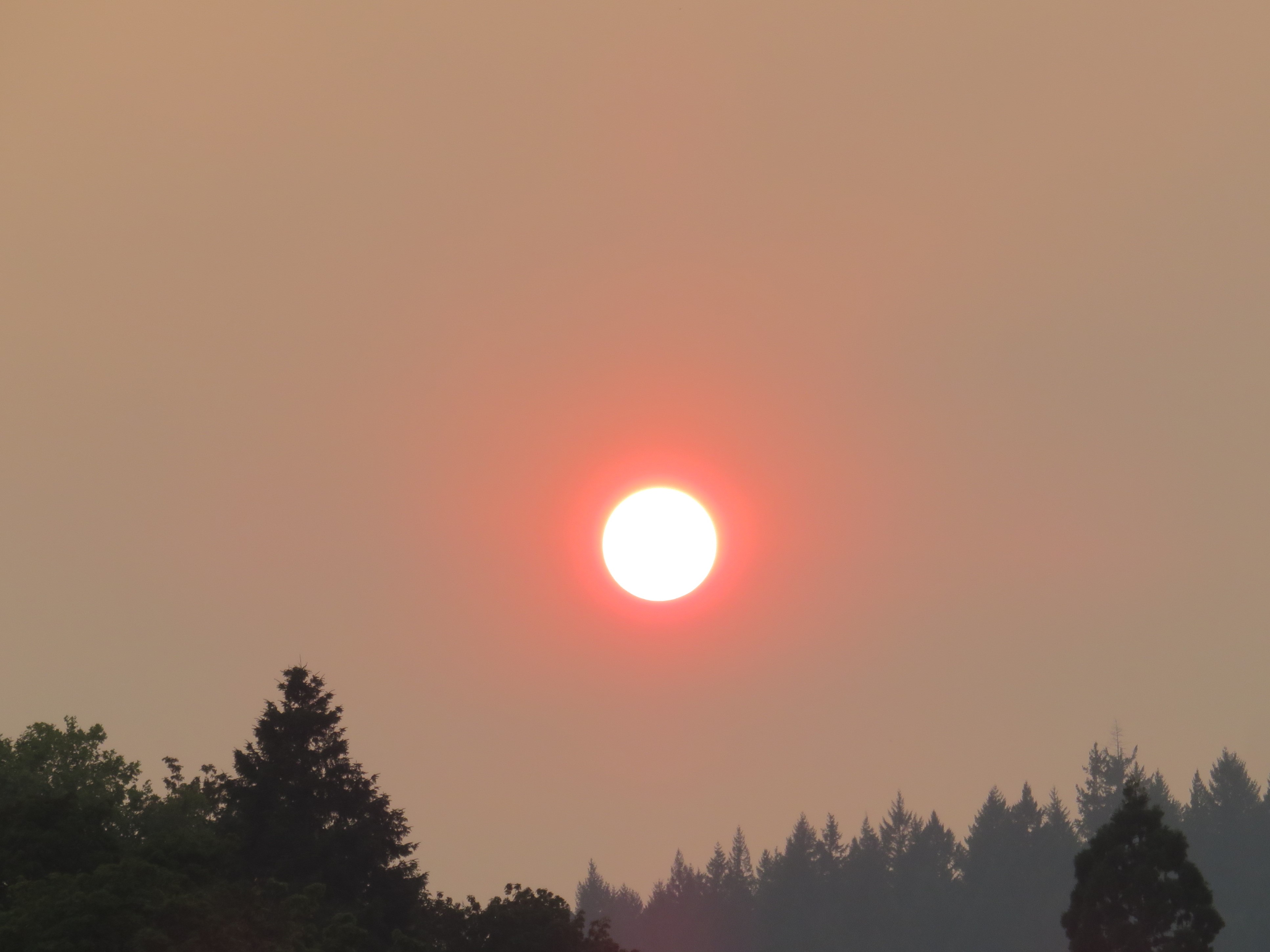 There was a wildfire in Columbia Gorge in Washing, Oregon area in September 2017 caused by a 15-year-old boy igniting fireworks. The sky was covered with smoke. This was early in the afternoon. 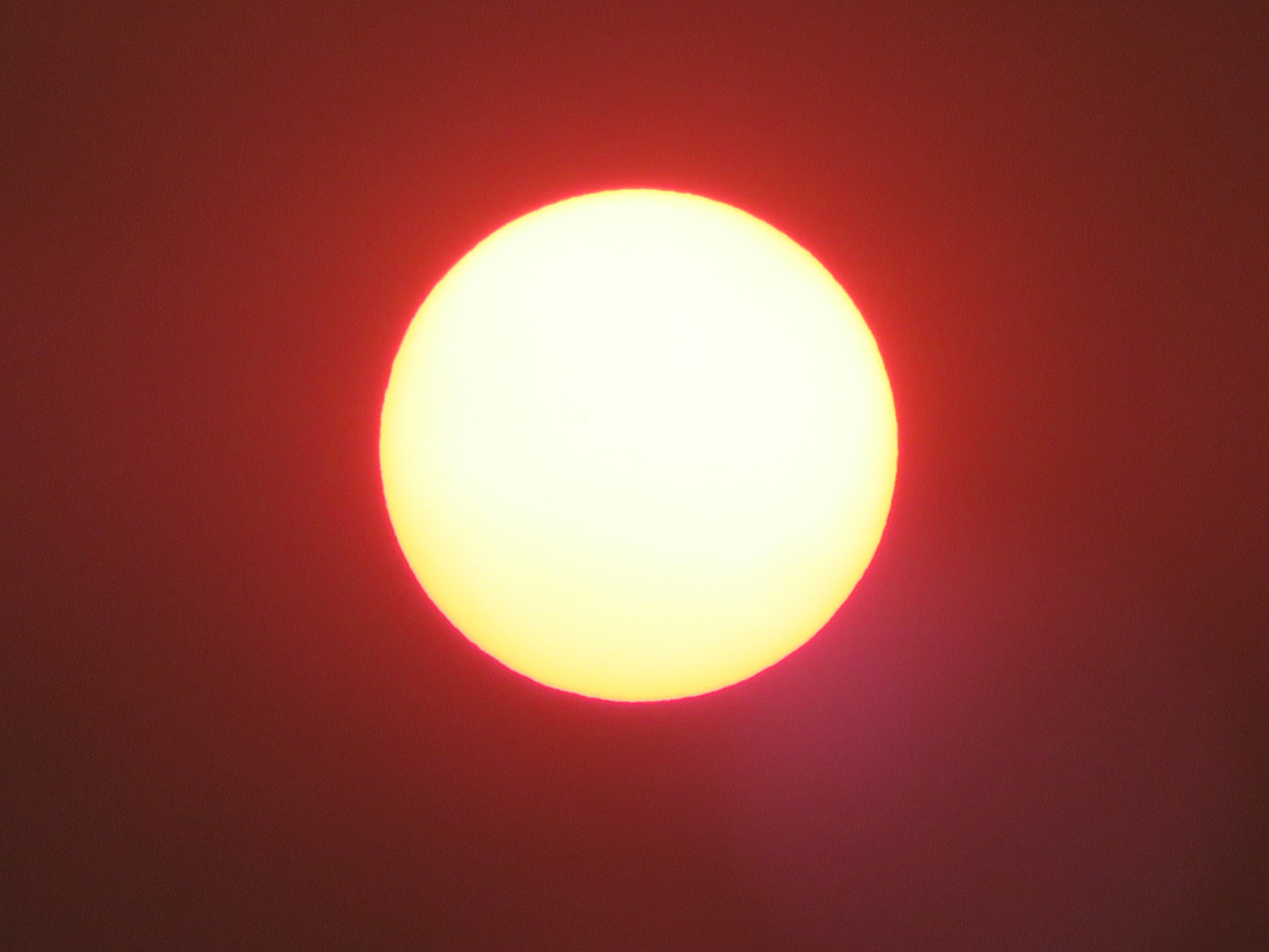 The human eyes usually cannot gaze directly to the sun. The smoke was intense and filtered the ray so we were able to look right at the sun. 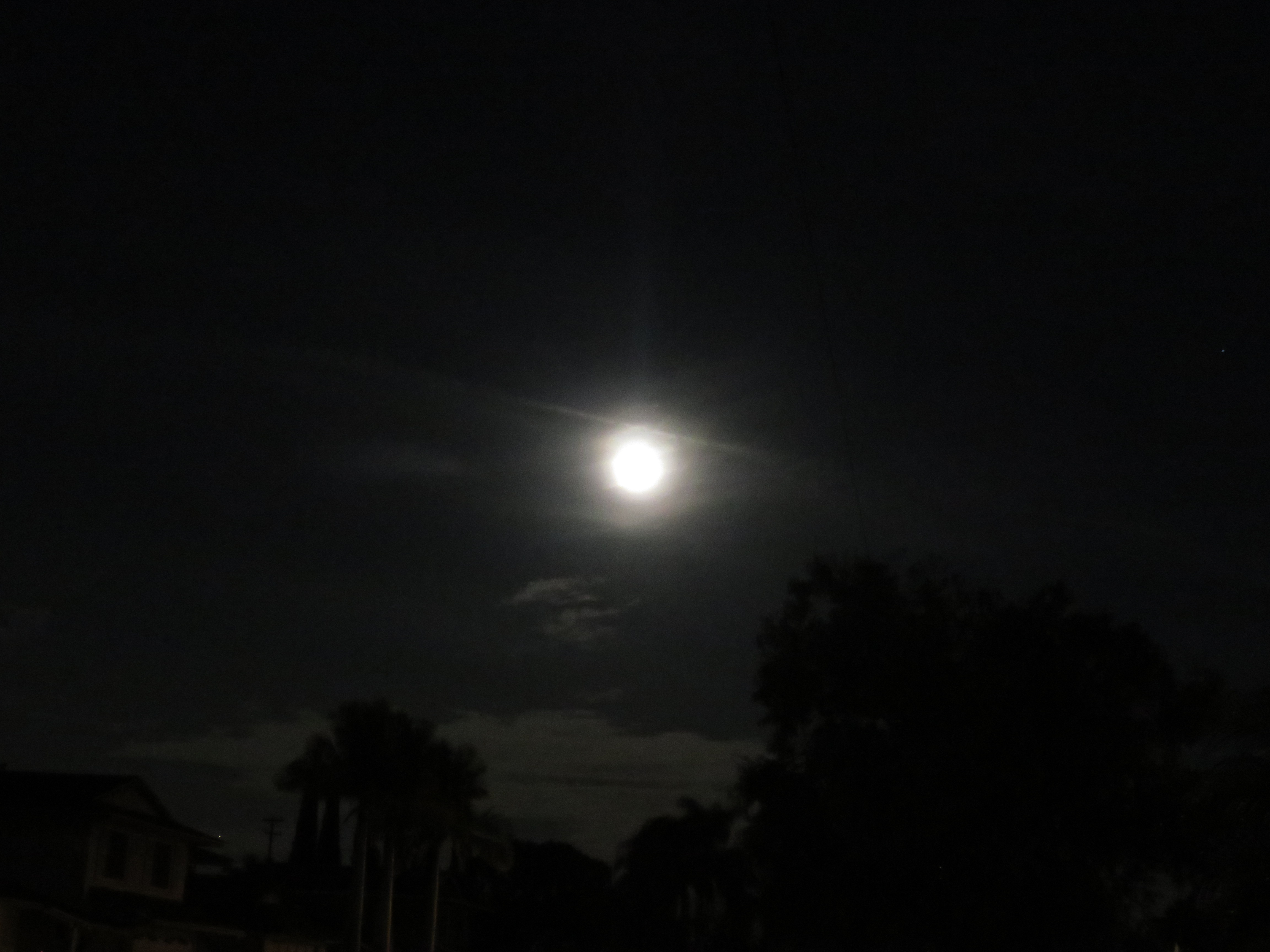 I used to study the moon cycles and paid attention to the Red Blood moon and the Blue moon. California is not a good location to glimpse the intensity of the colors of the moon. January 2018 was the first appearance of full moon of the year. This full moon photo was taken from our driveway early at night. 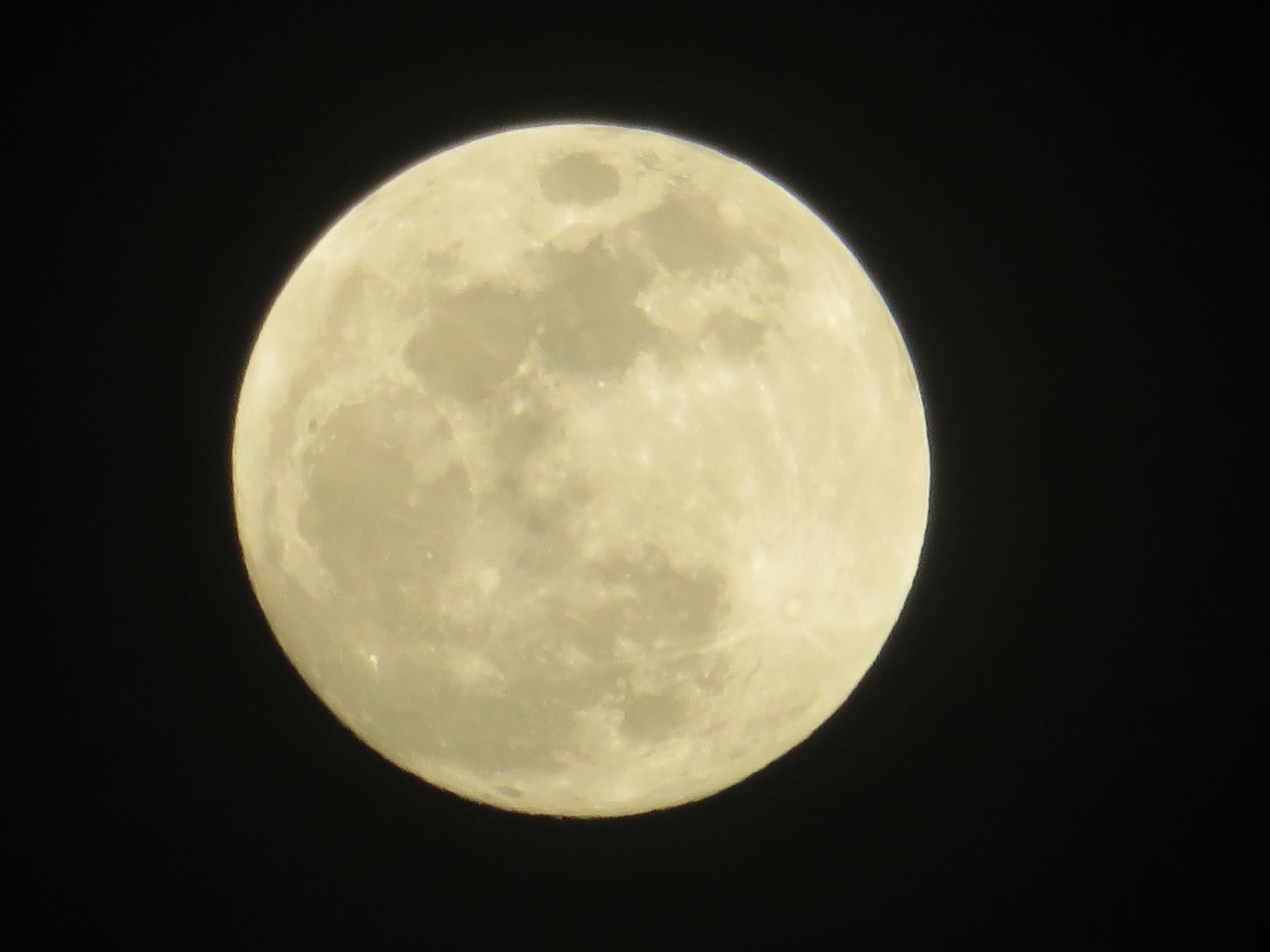 This was taken at the same time of the night. I zoomed in to view the shadows of the moon.

Your Friday prompt for Stream of Consciousness Saturday is: “high/low.” Use one, use both, bonus points for starting and finishing with one or both. Have fun! – Linda G Hill 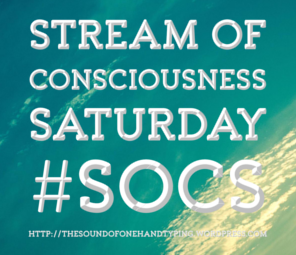 Smoke high in the sky – British Columbia, Canada remains under a state of emergency as 123 wildfires continue to burn across the province. This season is now B.C.’s worst fire season in almost six decades and officials say it will only get worse.

Due to the British Columbia Wildfire, the smoke has been drifting to Seattle, Washington to Portland, Oregon. I have been checking the weather in Portland the last five days. The temperature was as high as 100o on Wednesday, August 2nd, and 101o on Thursday, August 3rd. It will be gradually getting lower and lower. The first half of August remains in the upper 90s. The second half of August will be in the upper 80s to upper 70s toward the end of the month.

Mercy’s baby is due on September 19th. I am glad to hear that she stays cool at home and in her office as the temperature in both places is lower.